its a simple and fun game that is quick to pick up. each of the different clases feel unqine and play differntly

Become the ultimate Dungeon Master as you bribe, entice and coax your heroes through their adventures on a quest to restore your guild to its ultimate glory!
Guild of Dungeoneering is a turn-based dungeon crawler with a twist: instead of controlling the hero you build the dungeon around him. Using cards drawn from your Guild decks, you lay down rooms, monsters, traps and of course loot! Meanwhile your hero is making his own decisions on where to go and what to fight. But will he be strong enough to take on the dungeon's overlord? In between dungeon runs you manage your Guild, building new rooms to attract new classes of adventurer and to expand your decks of cards with more powerful items and events.

Features
• Restore your guild to its former glory as Dungeon Master by taking control of your fledgling group of heroes and leading them to victory! (after admitting to a few defeats of course)

• Entice, coax and bribe your heroes to clear the dungeons you build by strategically placing rooms, monsters and loot from the cards you are dealt

• Get to know each of your hero’s personality and traits, upgrade your existing heroes, and add new heroes while you try out new strategies to keep from sending them to their doom!

• Manage your guild well and spend your hard earned ‘glory’ wisely to level up and unlock more rooms and equipment. Improving your guild means you’ll have a better chance at beating the harder dungeons as you progress and take down the ultimate dungeon overlord.

I instal it when it was free.love it then and love it now.

With its unique living board, Faeria will challenge you with truly strategic card battles. Craft your deck, shape the battlefield, and fight for victory! 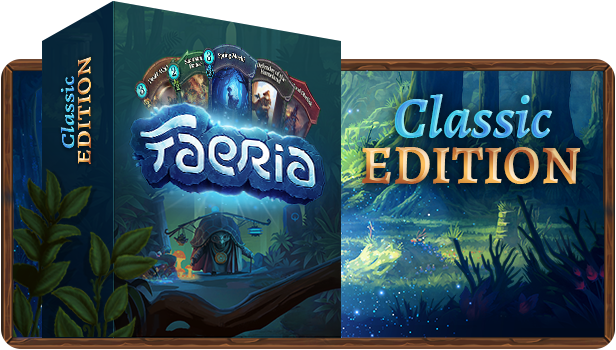 A strategy game like no other. Build exciting decks and shape the battlefield as you fight epic battles. Raise mountains, build forests, fill lakes, or harness the sands of the deserts. You choose your own path to victory.

Earn your collection through our simple and affordable DLC-based business model. Experience a card game without expensive micro-transactions. Whether through solo campaigns, draft mode, or PVP, all cards are earned through simply playing the game!

Enjoy 100+ hours of solo content, co-operative missions, and puzzles! Explore a vast array of challenges that reward you in return. Journey through the Oversky and defeat devious World Bosses – or even play enemy AI in draft mode!

Enter Pandora, Faeria's unique draft mode where your deck-building skills are put to the ultimate test. Choose to play against the AI or put your deck to the ultimate test in PVP. Earn rewards based on how well you do. It’s the perfect way to increase your collection, or just have fun!

Become a part of our thriving, supportive, and helpful community by joining our official Discord channel, subreddit, forums – or join The Hub! Years in the making, you’ll be hard-pressed to find a more welcoming group of players.

Compete in regular officially-recognized tournaments with great prizes – or watch them live and win in-game loot! Our esports system rewards players for excellent performance and allows everyone else to watch, enjoy, and gain free loot! 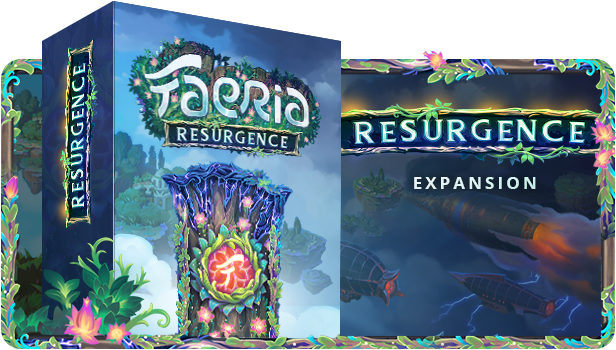 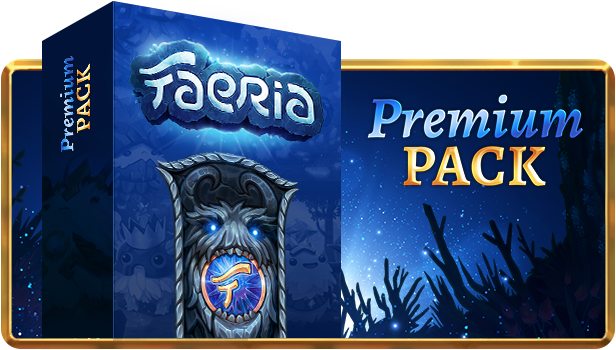 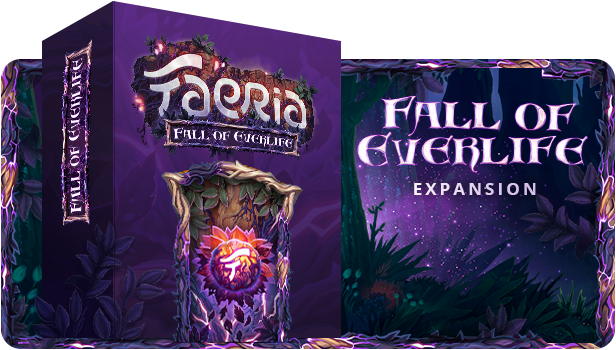 I just finished the Kotori's route and I have to say that i am impressed. It's not a masterpiece or anything but it is a very good visual novel and it honestly beat my expectations. The OST is nice, the characters are awesome, and the story is neat. Although, if you don't like visual novels you probably won't enjoy this too much..But other than that it's worth reading and buying.

After a bicycle accident shatters his dreams of becoming a racer, Aoi Minase returns to his hometown, depressed and defeated. With seemingly no hope left for the future and no idea what to do with himself from here on, Aoi meets Kotori Habane―a young girl stuck in a wheelchair with a flat tire. It is on that windmill-dotted hill that Aoi's somber yet touching story of youth, friendship, and flight begins.

Upon witnessing a glider soar overhead, Aoi sets off on a journey to realize the dream everyone has as a child: the dream of flight.

Working together with Aoi’s childhood friend, Ageha Himegi, the main characters of this visual novel begin rebuilding the Soaring Club, which is on the brink of disbandment at the hands of an uncaring school board. These beginners take hold of their passion, overcoming failures, obstacles, and interference from the school to put everything they have into building their own working glider.

Their ultimate goal: to fly through the legendary "Morning Glory"―a rare and stunning weather phenomenon producing a special type of roll-shaped cloud that appears in the morning when the conditions are just right.

Join Aoi on this journey as he learns about the sky, his new friends, and much more.

If My Heart Had Wings

This games is awesome!!

Explore the lavish dungeons and tunnels that stretch below Tarnum Fortress and conquer dozens of unique quests and challenges. Prove your worth on a tactical battlefield, and overpower your foes with strategy, magic and martial prowess. The Eon Altar’s defenders are many and they are deadly.

Choose to cooperate with your allies or deceive them. Engage them in player to player dialogue to expose the truth in myths and legends, and guide your hero to their ultimate destiny or defeat.

Your smartphone is your character

An epic story of friendship and betrayal

An ancient, malevolent presence stirs within the depths of the Eon Altar, and only a small band of heroes can stop it from consuming the world. What mysterious force brought you here together? Are you strong enough to stand up to your gods?

They are way too aggressive and Spot me way too easily. Android version is much better.

Welcome to the police department, where working late can lead to tragic consequences. You're John Bishop, a swamped-with-work detective who tirelessly carries out your investigations late into the night. But tonight you are pulled from your precious few hours of rest ,and a strange dream, by a mysterious call from an old “friend.” Turning your fight to find the truth into a fight to survive the night.

Your police department is left without electricity. The security system has been hacked. All exits are locked. But that is not the real problem.
Someone… something is following you. Red eyes shine from dark corners and the sound of shifting, clanking metal echoes through the once safe halls.. You know them simply as animatronics, but something unknown and horrifying is driving them. Figure out what is going on, survive the night, and remember – no one will care if you scream.

Seemed like a fun game it's a game that's meant to be played with other people but you can do solo missions with an AI crew. I really want to recommend it but I can't play it. The reason being my internet connection isn't very stable and unfortunately this game requires an online connection at all times even if you are just playing to solo missions.

As and avid fan, I was excited to play this. In VR, at least, it is a garbage experience. The voice control is useless, the controls are clumsy, and regularly my hand gets stuck in a screen (I do not have this issue in other VR games). If I hadn't caught it on sale, I'd be demanding a refund after 44 minutes of play, 15 of which were using Google to figure out how to command others, since that part wasn't clear. I also encouraged my boyfriend to get the game, so later we'll try it with at least 2 real humans instead of a completely AI crew, but I don't have high hopes. Save your money, get something else. Ubisoft, you didn't do well on this one.

Star Trek™: Bridge Crew, playable in both VR and non-VR, will immerse you in the Star Trek universe. The game puts you and your friends in the heart of the U.S.S. Aegis.
Your mission: explore a largely uncharted sector of space known as The Trench, in hopes of locating a suitable new home world for the decimated Vulcan populace. The Klingon Empire is also active in the region, and their purpose is a threat to the Federation’s plans.

Make strategic decisions and coordinate actions with your crew to complete the mission.
In co-op, you can form a crew of four players to serve in the roles of Captain, Helm, Tactical and Engineer. In addition to a dynamic storyline, the game features an “Ongoing Missions” mode, procedurally generating missions for countless hours of Solo and Co-op adventure.

Uplay account and Uplay PC application required for game activation and installation.
A permanent internet connection is required in order to play the game.

StarDrive 2 is an exciting and evolutionary step forward for the StarDrive franchise. In this eagerly anticipated sequel, the core mechanics have evolved to incorporate a turn-based strategic layer, featuring spectacular realtime battles. As the galactic ruler of your race you will lead your people into a procedurally-generated galaxy, exploring and expanding your space empire to greatness. Exploit planets, navigate asteroid belts and overcome deep space dangers while handling interspecies relations to gain the upper hand. Conduct diplomacy and espionage, make alien friends that will deliver thriving trade treaties – or enemies that will seek to exterminate you at all costs. Research new technologies and design powerful warships to defend your claims. Discover the extensive lore of the StarDrive universe by encountering many dozens of anomalies, heroes, and galactic mysteries that will ensure no two games will ever play the same.

An intriguing mix of an RPG, roguelike, and Pac Man (sort of)? This is a pretty neat little game. I'd actually like to see this concept expanded on a bit with a sequel. An absolute bargain, too.

It's a classic turn-based RPG that is very much in the vein of classic pencil and paper RPGs. The rules are different but the style is the same.

You have been banished to the underworld, never to see the light of day again.

The surface is ruled by the cruel Emperor Hawthorne, master of the Empire. All of the known lands are subject to his brutal command. Everyone who speaks out, misbehaves or doesn’t fit in is cast into the dark, volcanic pits of Avernum, far below the surface. There, you are expected to die, a victim of starvation, horrible monsters, or simple despair.

But not all of the Avernites have surrendered. With magic and steel, they are forging a new nation deep underground. You can join them and fight for safety. Or freedom. Or, if you dare, revenge on the surface-worlders who tried to destroy you. Join your new countrymen, explore a huge game world, hunt for hundreds of magical artifacts, choose from hundreds of quests, and become the hero of the underworld!

Avernum: Escape From the Pit

Zeno Clash is an action/fighting game set in a punk fantasy world. The game is played from a first person perspective and the combat is generally up close and brutal.
Experience a deep storyline set in a fantastic world. Play the role of Ghat, a man banished by his own brothers and forced to begin a desperate journey past the forbidden desert and to the end of the world.
Nominated in 'Excellence in Visual Art' at the Independent Games Festival, the original visuals, which make full use of the Source engine features, breathe new air in the fantasy game genre. The new close combat mechanics are also a deviation from traditional action in the first-person genre that will feel fresh for new and veteran players.